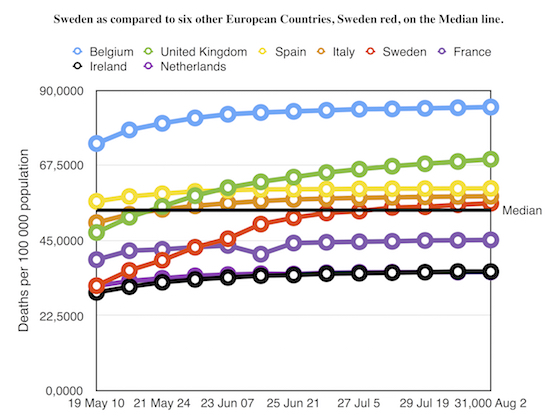 Coronavirus cannot be defeated lockdown does not save lives, the prejudice to the majority of the world population though economic lockdown, will never be reversed.  Like influenza, it will return again and again, some of us have developed immunity, others will need vaccinations, others, no matter what they do, will die, in over a 100 years, there has been no scientific finding to prevent influenza, influenza comes and goes, influenza’s impact on life could be more severe, or less sever, you can shelter yourself from influenza, but it will find you, many will not have symptoms, other’s will die.

I have always treated the Coronavirus Pandemic no differently to how I would treat influenza, when you do 1500 km of training for the 90 km Comrades Marathon, you learn to socially distance yourself, from influenza.

As tour operators, we have lost our livelihoods through the lockdown, and this addendum, BLM 03, is an addendum to our letter to President Ramaphosa,  to save the South African Tourism and Hospitality Industry, plus Taverns and Shebeens, this is one of the industries, that brought income into our poverty black communities, where we have involved ourselves in developing our people, and for this reason, I am unable to support economic lockdown.

The world will not smother Coronavirus, by locking down the people, by locking down the economy, the negative impact of the survivors, will never be reversed, and my challenge to any of you lockdown supporters, provide me with the ‘recovery-model’, that will restore the black livelihoods’, failing which, this conclusion will be deemed to have substance.

Singapore, South Korea and Australia, all Countries that are celebrated for testing and lockdown, compared to South Africa and Pakistan, reveals;

Asia and Oceania, five of the ten Countries wth some 1,7-billion population, have achieved death rates far more impressive than China, Singapore, and South Korea, according to my conclusion, this is sufficient proof that Pakistan’s decision to remove Lockdown, was both economically and medically sound.

Pakistan removes Lockdown on May 09, Sweden, Japan, and Belarus, do not lockdown their economy, Belarus is perceived to be ‘not so honest’, I will restrict comment, but where necessary, I will use statistics to compare, had South Africa considered Japan, our economy may have improved while the world locked down.

Pakistan PM removes lockdown on May 09, the virus escalates and leaves of its own accord, it will be back, but Pakistan is playing cricket in England.

I quote from the Financial Times article dated April 23, 2020.

The doctor leading Japan’s response to coronavirus has defended the decision not to implement a national lockdown, saying that elimination of the virus was impossible and it was necessary to limit the damage to the economy.

The comments by Shigeru Omi, chair of the expert committee that advises prime minister Shinzo Abe, highlight the country’s distinctive approach to the epidemic. Japan, along with Sweden, has sought to limit cases without putting a total freeze on economic activity or making social distancing mandatory.

“Japan wants to bring down the number of cases but it’s impossible to bring it down to zero because of the nature of the disease,” said Dr Omi. He added that the severity of future waves would depend on how public behaviour adapted to the virus.

“Maybe there’ll be another small wave or a big wave depending on how people behave. I think that will continue for some time,” he said. “That’s why we want to balance the maintenance of socio-economic activity with managing this outbreak.”

The assumption that coronavirus is impossible to eliminate also informs Japan’s approach to testing. The country has carried out about 130,000 tests compared with more than 500,000 in South Korea, a country with less than half the population.

In this second wave, the cases reach new levels, yet the impact on mortalities is far less severs, we will see the same trend in Sweden, is it the virus that has weakened, or the population more able to process?

Importantly we need to scrutinise Sweden’s positive infections, initially low in relation to high deaths, then much to the disgrace of the world, infections climbed, but we refuse to see that the deaths in relation of the infections decrease.

And not how, without locking down, the infections typically influenza, are disappearing, this does not mean that it will not return, but the death rate will continue reducing.

Sweden, as a population, made the decision not to lockdown the economy, much to the disgust of their European neighbours.

The WHO Scientists, would by now, have Sweden in their research focus, and as we compare Sweden with Italy, France and Spain, Sweden had made a good decision, however, the Medical Scientists remained anxious because of Sweden’s escalating positive cases.

Sweden death rate per 100000 population, has levelled off just above the European median line, with the United Kingdom still climbing, surely it was a better decision to keep their economy alive.

My Conclusion is statistically sound, and few medical scientists would be able to show statistical proof, that economic lockdown, had a positive impact on the number of lives saved, versus the impact on the livelihoods’ of the survivors?